The Spring of Culture Festival is back with a wide range of events and activities that will pique the interests of our varied audience, celebrating this season of fun and joy. This edition of the festival offers numerous events hosted by cultural institutions, historical sites, and urban landmarks in the Kingdom of Bahrain, extending the bridges of cultural communication with the world.

The edition comes under the Bahrain Authority for Culture and Antiquities’ slogan for the year 2022 “Golden Jubilee.” The festival kicks off, as every year, on February 25, coinciding with the Arab Tourism Day, which was adopted when Manama was declared the Capital of Arab Tourism for 2013, coinciding with the birthday of the Arab traveler Ibn Battuta. The Bahrain National Theatre celebrates Arab Tourism Day with a contemporary performance called “Akhenaten.. Dust of Light” choreographed and directed by Walid
Aouni. The tale of an ancient pharaoh, Akhenaten is depicted through contemporary dances and theatrical scenes taking audiences on a journey 3000 years into history.
The site will also host a concert by the artist Omar Kamal, after the great success he achieved in his first album, Serenade, presenting the audience with an assortment
of the most beautiful and timeless Arabic and international songs.In its Kingdom of Bahrain debut, the Philharmonia Orchestra from the United Kingdom comes to the stage of the Bahrain National Theatre showcasing timeless pieces that will charm classical music lovers. While the National Theatre concludes its activities for the month of March with the “Manama Mon Amour” concert, which brings together two of the most famous pianists in the world, Richard Clayderman and Zaid Dirani, accompanied by the tunes of the Bahrain Music Band.

This season of the Spring of Culture inaugurates its premier event at the state of the art Al Dana Amphitheatre, with the famed singer Hussain Al Jassmi who will ignites the evening with his greatest hits!

The 16th edition of the Spring of Culture Festival boasts an array of local art exhibitions, starting with “Women Between Reality & Fantasy” by artist Ebrahim Khalifa at the Art Centre, engaging all the senses in his illustrations of women through his paintings that use soft and hard materials. Also, the Art Centre hosts a solo exhibition by artist Rashed Al Araifi, “Visual Memoirs: Between Figuration and Abstraction”, in recognition of winning 2nd place at the Bahrain Annual Fine Art Exhibition in 2020. It is a body of work which acts as a visual response to the urban behavior, social practices, and cultural customs in the Kingdom of Bahrain.

The Art Centre continues to support talented artistic energies this season by hosting the exhibition “Omnificent” for students of Shaikha Hessa Girls School
in the International Baccalaureate Diploma in Visual Arts Program for the year 2022, displaying selected artworks from the 2020 and 2021 Visual Arts Program.
Al Hidaya Al Khalifiyah School presents “A Hundred Years Later.. Celebrating the Foundation of Annadi Al Adabi” exhibition highlighting how the foundation served
as the first incubator for literary and cultural activity in Bahrain at the beginning of the last century. At the Memory of a Place – Bin Matar House, the drawing
and installation artworks of artist Faika Al Hassan entitled “Protection” explore the traditional use of frankincense in Bahraini homes and families. Al Riwaq
Art Space returns to enrich this season of the festival through an exhibition entitled “Post-Fiction: Manama”, which sheds light on the space in which shared narratives, personal perceptions and the prevailing history of Manama according to the visions of five artists.

The Cultural Hall welcomes a series of shows from all over the world, held in cooperation with the brotherly and friendly embassies of nations in the Kingdom
of Bahrain. The Great Arias of Opera performance by the Italian Teatro Massimo takes audiences on a timeless journey through their tendentious of widely
celebrated works. Audiences will learn about the culture of Pakistan through the Qawwali Night which presents a form of Sufi music, a moving musical
arrangement accompanied by Urdu poetry. 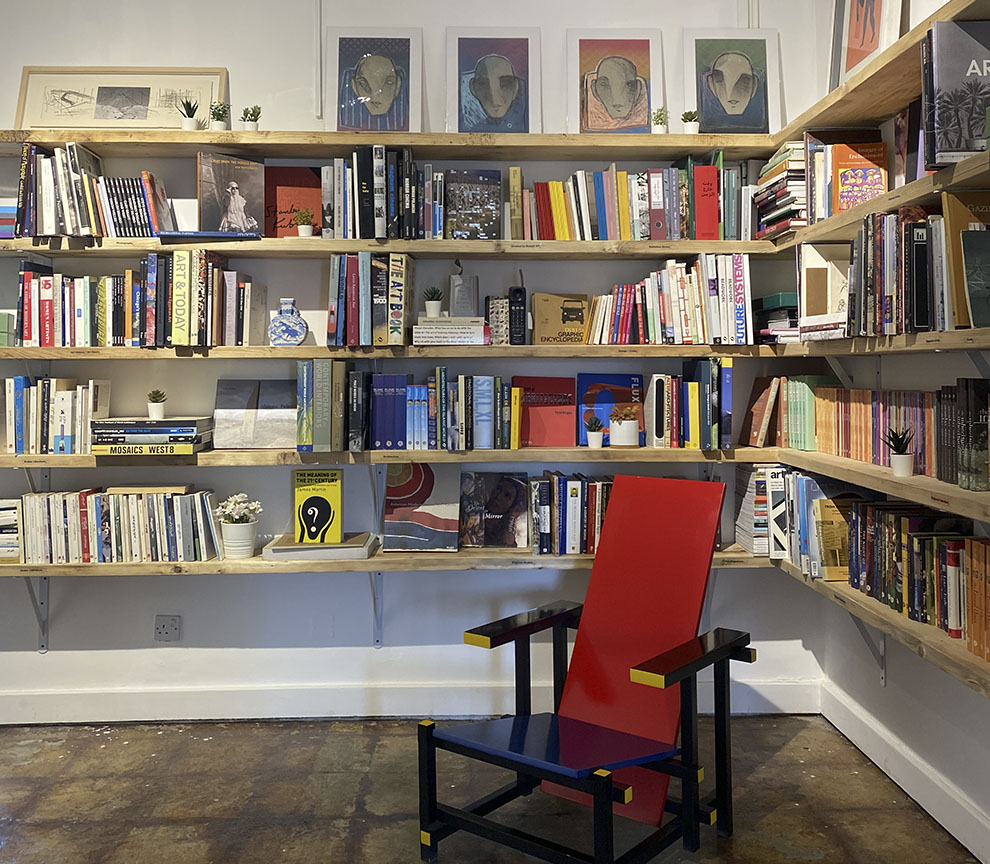 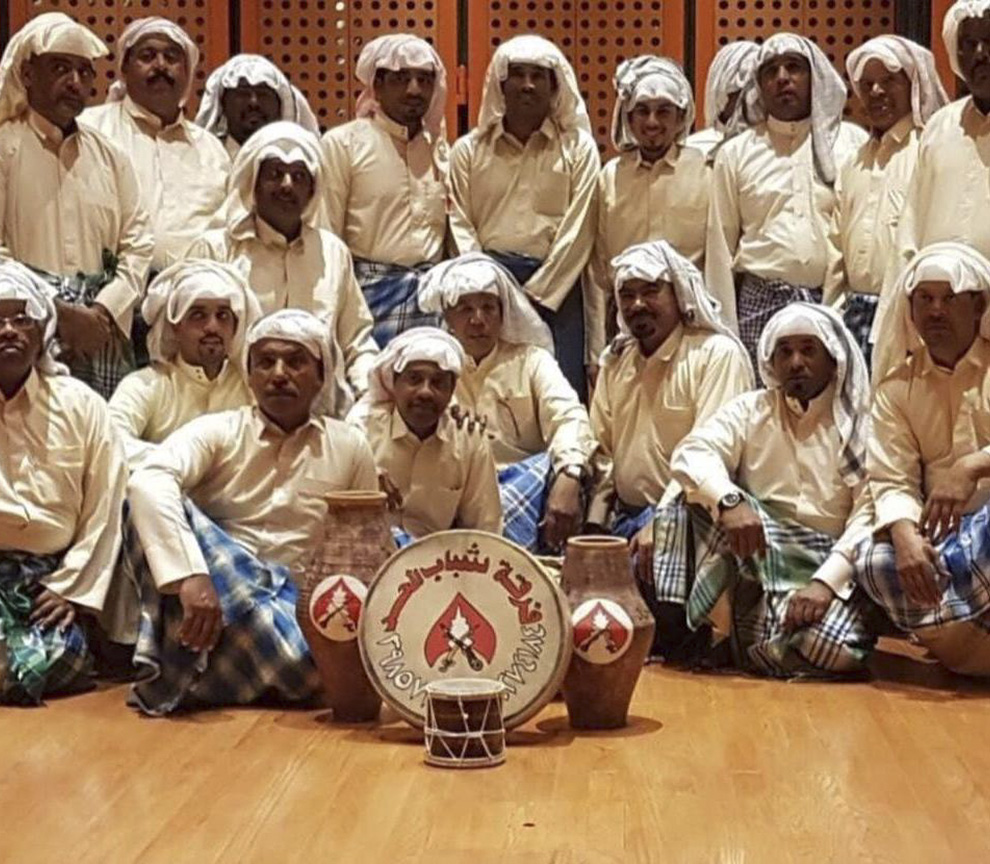 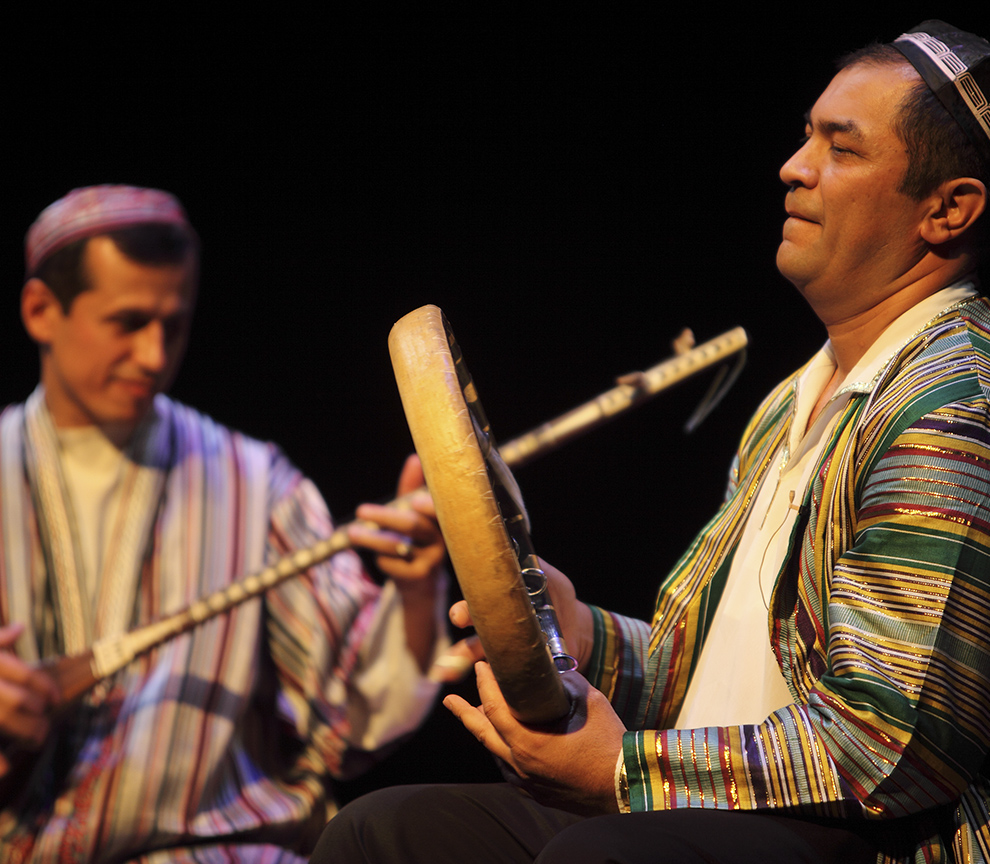 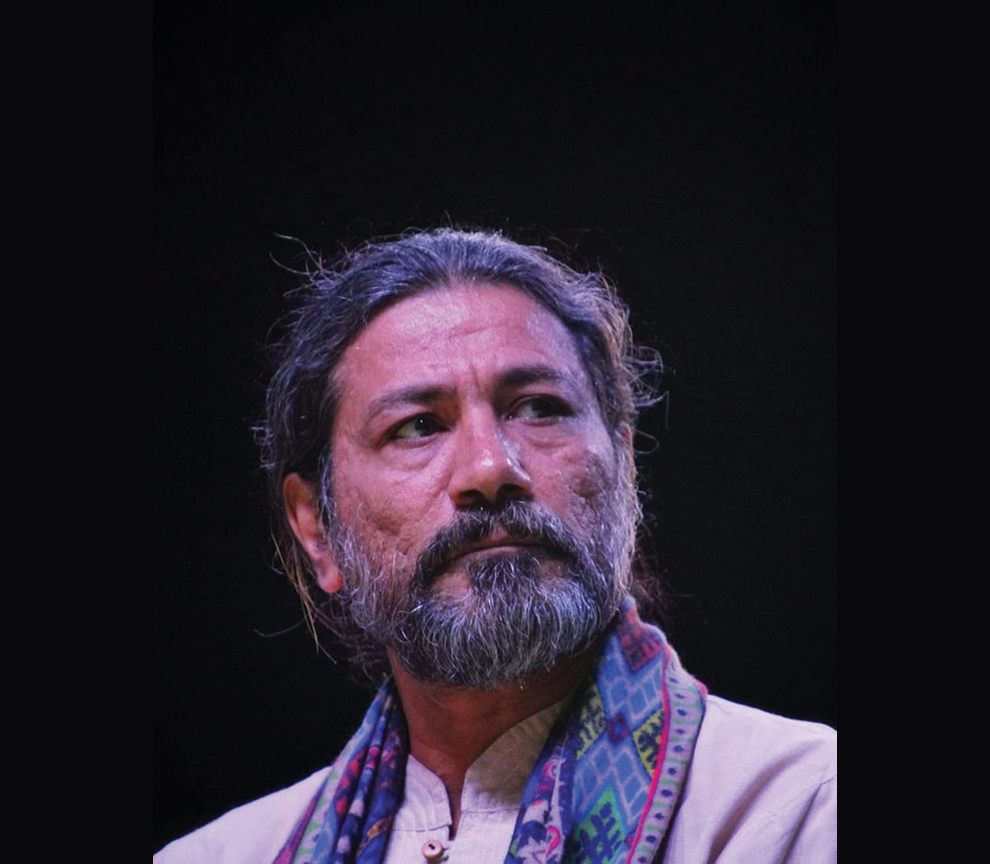 For their outstanding performance suitable for all ages, young children and elderly alike, the German “Pianotainment” duo return to Bahrain with an act that
has dazzled audiences for more than 20 years. The Cultural Hall also presents the theatrical performance “Raya & Sakina” of two popular characters well known
across Egypt and the Arab world, in the form of contemporary dance. From West London in the United Kingdom, the classic theatrical performance “The Wind
in the Willows” takes the stage with a fun and engaging show, perfect for all family members!

In cooperation with the Aga Khan Music Programme, the Cultural Hall will host workshops targeting a number of school students and local musicians, open to the public, as well as a concert by the Aga Khan Master Musicians who will take the audience on a journey inspired by their deep roots in global cultures.

In addition to entertainment, the Spring of Culture Festival offers a number of intellectual events covering different interests. Al Jasra Crafts Centre will host a lecture by researcher Jassim Mohammed bin Harban on “Documenting Women’s Performing Arts”, accompanied by Sharifa Mohammad and her band, and in cooperation with the Enki Center for the Performing Arts. The festival also celebrates the World and Arab Poetry Day “In Yearning for Springtime and Roses”, through a seminar that honors the legacy of the late Shaikh Isa bin Rashid Al Khalifa, with the participation of Dr. Dheya Al Kaabi, Dr. Rashid Najem, Dr. Khalifa bin Arabi, and Dr. Fawaz Al Shurooqi. For the first time, Al Riwaq Art Space is hosting the first edition of the “Approaching Learning” symposium to discuss the multiple topics and issues that revolve around the relationship of education to the arts.
The Shaikh Ebrahim Center bin Mohammed Al Khalifa Center for Culture and Research will host a series of lectures between the center and the Abdullah Al Zayed House for Bahraini Press Heritage, hosting a lecture by the Syrian- Russian journalist Khaled Al-Rushd, during which he will address the role of enlightening media in preparing for the Arab Renaissance, and a lecture entitled “Conservation of the Urban Historic Heritage in the Muslim World” conveying the Aga Khan Foundation experience with the Director General of the Aga Khan Trust for Culture, Louis Monreal, and finally a lecture by Ibrahim Al-Mulaifi, Editor-in-Chief of Kuwait’s Al-Arabi magazine, entitled “Al-Arabi Magazine and
the Challenges of the Digital World”. In addition, the Shaikh Ebrahim Center presents its weekly musical evenings for the Mohammed bin Faris band every Thursday at the Mohammed bin Faris Hall for Gulf folkloric sounds, in addition to the Sufi Jazz concert by the Lebanese singer Khaled Al Abdallah, and a magical evening by the Egyptian soprano and opera singer Ameera Selim. The House of Poetry – Ebrahim Al Arrayed hosts an exquisite evening of poetry recital by the Saudi poet and filmmaker Ahmed Al-Mulla.

The Qal’at Al Bahrain Site Museum offers cinephiles the chance to experience a night of classic Arabic films, screening “Between Heaven & Earth” (1959), as well as giving explorers and adventurers the opportunity to sign up for a fisheries (Hadhra) tour around the beach adjacent to Qal’at Al Bahrain. As for the “Made in Bahrain” shop in Bab Al Bahrain, it will launch a pop-up market entitled “Made from a Palm Tree”, which highlights 50 traditional and contemporary palm products, aligning with the efforts of the Bahrain Authority for Culture and Antiquities to support local craftsmanship.

As part of this edition of the festival, one of the multi-storey car parks being built on the Pearling Path in Muharraq, designed by architect Christian Kerez, will open. The hanging sculpture by artist Khalid Farhan will also be launched, which concludes the series of sculptures on the occasion of the twentieth anniversary of the founding of the Shaikh Ebrahim Center. Khalid Al Rowaie’s “Khadija Book” will be launched at an inaugural exhibition and a poetry recitation event.

Countless activities await you this season, and it is no question that the Spring of Culture Festival in its 16th edition has a full lineup of workshops aimed at refining artistic talents and unleashing creative energies. To keep up with the latest news about the festival, follow us on our official account (@springofculture) on Instagram, Twitter, Facebook and YouTube.

It is our hope that the that the Spring of Culture Festival program is to your liking, and we look forward to your support and connection with us.
We wish you a pleasant time! 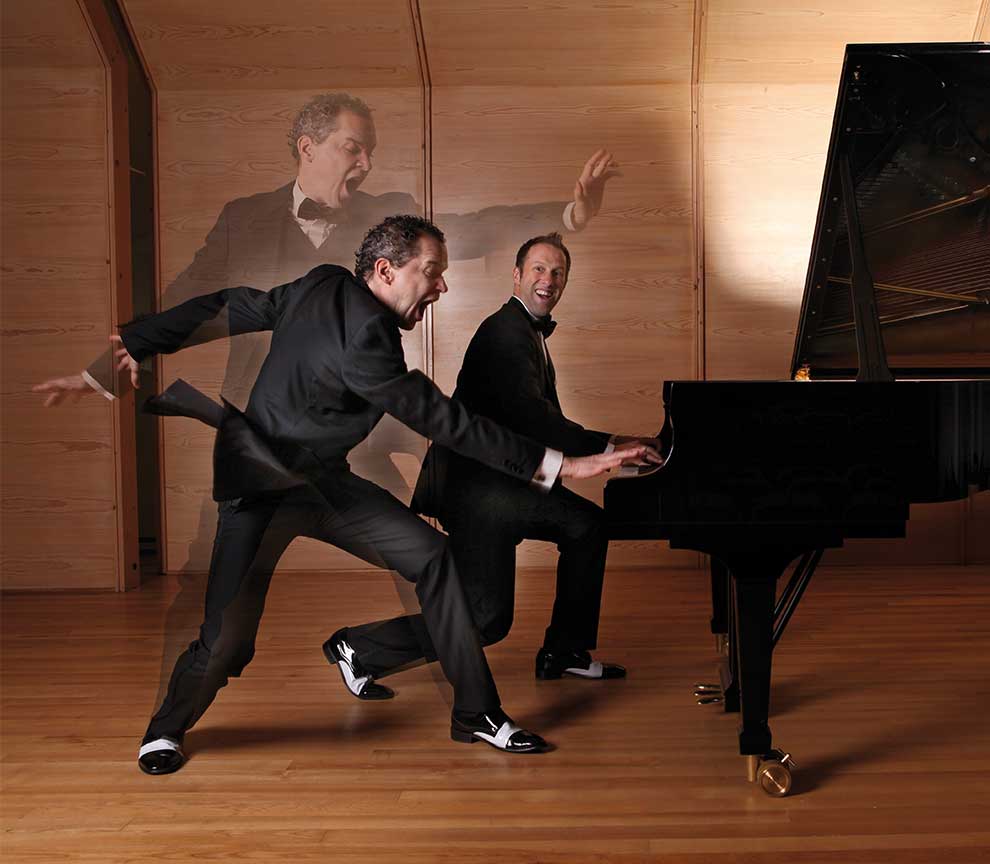 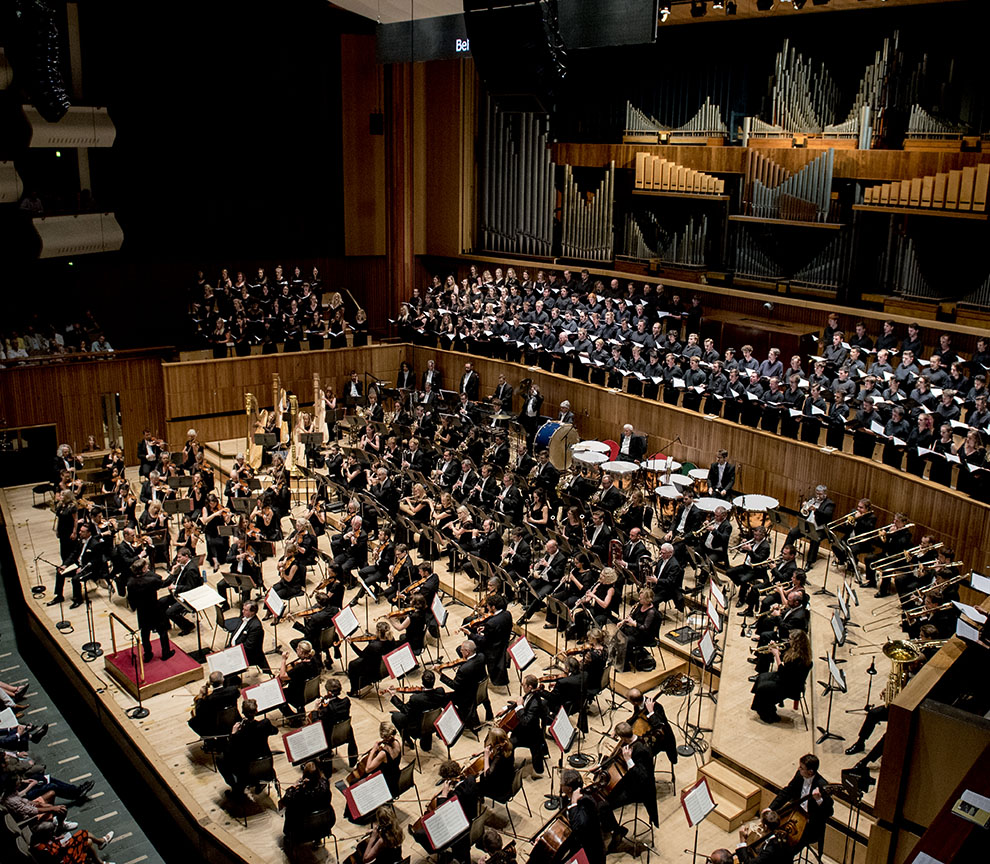 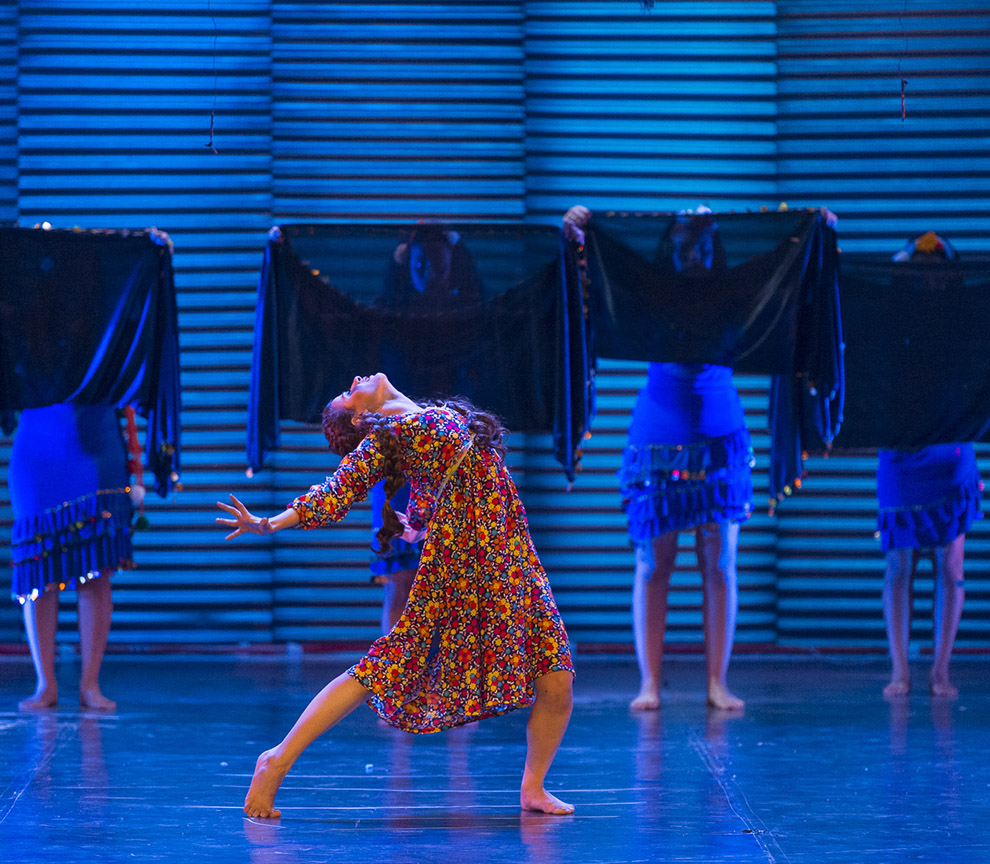 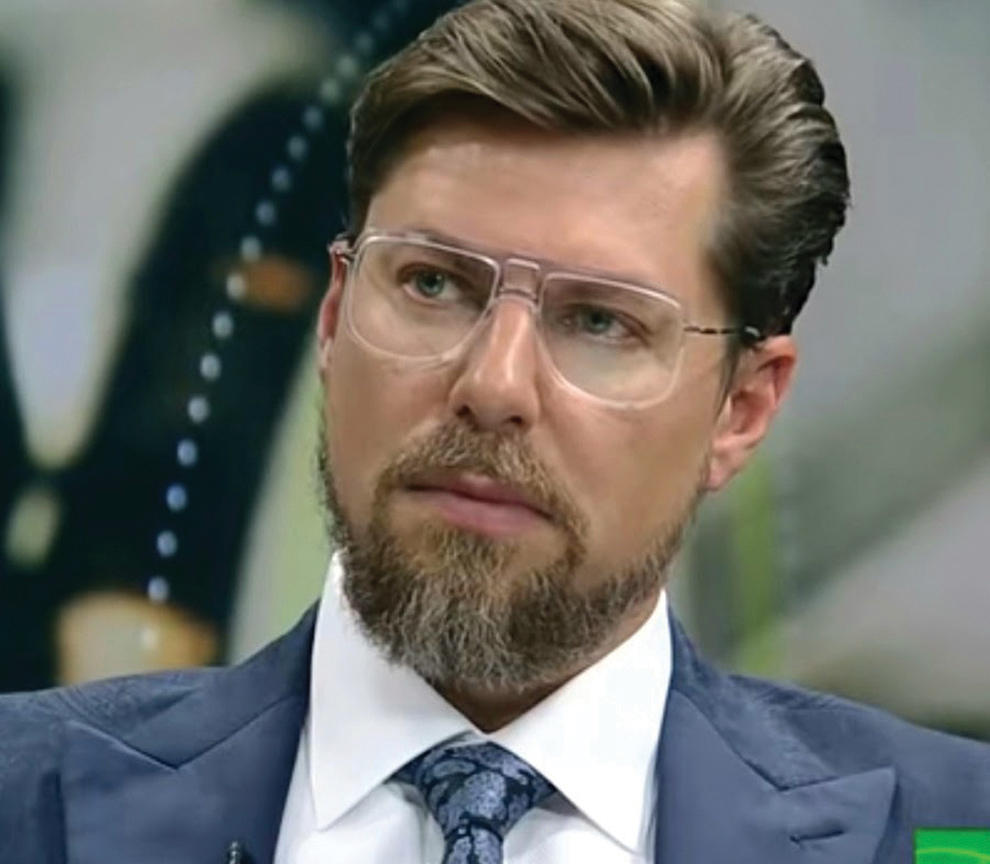 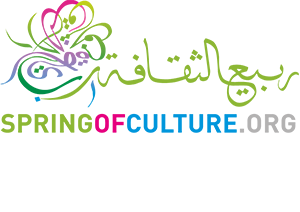 Subscribe here to be the first to get information on the 2020 festival.

This event sells tickets at the following stores:

Don’t have our Mobile App yet? Get it now!

No thanks, maybe later. 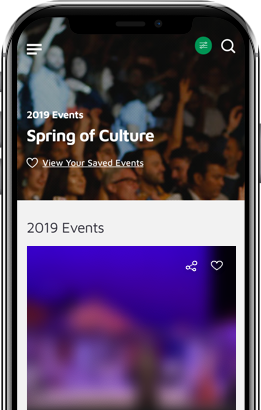